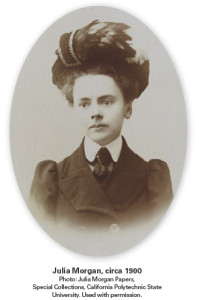 1858 – The first association in the U.S., Ladies Christian Association, was formed in New York City.

1870 – In a YWCA Boston residence for girls, board members installed pulley weights on the back of closet doors, allowing girls from farms to continue to exercise in the city.

1873 – The first YWCA student association is established in Normal, Illinois.

1874 – The YWCA opened a low-cost summer “resort” for employed women in Philadelphia.

1877 – YWCA Boston offered a course in calisthenics for young women at a time when women are considered too frail for exercise.

1890 – The first YWCA for Native American women opened at the Haworth Institute in Chilocco, Oklahoma.

1894 – The United States, England, Sweden, and Norway together created World YWCA, which today operates in over 125 countries.

1906 – YWCA was the first organization to introduce the positive health concept and sex education in all health programming.

1907 – YWCA of the USA was incorporated in New York City.

1908 – YWCA was the first industrial federation of clubs to train girls in self-government.

1913 – The YWCA National Board created a commission on sex education.

1918 – YWCA was the first organization to send professional workers overseas to provide administrative leadership and support to U.S. Armed Forces.

1920 – YWCA of Montclair-North Essex, established in 1912, bought a house to serve as its headquarters, and used the property for offices, dormitories, and as a social center for Black women until 1965. It was the first Black YWCA in America not affiliated with a white YWCA.

Based on its work with women in industrial plants, the YWCA Convention voted for “an eight-hour-per-day law, prohibition of night work, and the right of labor to organize.”

1930s – YWCA encouraged members to speak out against lynching and mob violence, and for interracial cooperation and efforts to protect Black people’s basic civil rights.

1933 – A YWCA National Board Member was sent to Decatur, Alabama, to monitor and assess the administration of justice in the Scottsboro case.

1938 – The YWCA in Columbus, Ohio, established a desegregated dining facility and is cited by the Columbus Urban League “for a courageous step forward in human relations.”

1944 – The YWCA National Board appeared at the U.S. House of Representatives and the U.S. Senate hearings in support of permanent Fair Employment Practices Committee Legislation.

1946 – Interracial Charter was adopted by the 17th National YWCA Convention, establishing that “wherever there is injustice on the basis of race, whether in the community, the nation, or the world, our protest must be clear and our labor for its removal, vigorous and steady.” This was eight years before the United States Supreme Court decision against segregation.

1949 – The National Convention pledged that the YWCA will work for integration and full participation of minority groups in all phases of American life.

1955 – National Convention committed local associations and the National Board to review progress towards inclusiveness and decides on “concrete steps” to be taken.

1963 – The YWCA National Board becoming a sponsoring agency in 1963 for the summer March on Washington for jobs and Freedom in Washington, D. C. where Dr. Martin Luther King, Jr. delivered his “I Have a Dream” speech.

1965  – The National Board of the YWCA created the Office of Racial Justice to lead the civil rights efforts.

1970 – The YWCA National Convention, held in Houston, adopted the One imperative: “To thrust or collective power towards the elimination of racism, wherever it exists, by any means necessary.

1970 – YWCA convention voted to emphasize the importance of repealing laws restricting or prohibiting abortions performed by a duly licensed physician.

1973 – The 26th National Convention held a silent march and sets up a defense fund to protest the treatment of American Indians at Wounded Knee Reservation, S. C.

1982 – YWCA established “Fund for the Future,” designed to help with the cost of operations and education programs.

1983 – The YWCA National Board urged Congress to support legislation that opposes the South African policy of apartheid.

1992 – The YWCA National Day of Commitment to Eliminate Racism began in response to the beating of Rodney King, an African American man; the acquittal of four white Los Angeles police officers accused of the crime and the subsequent riots an unrest across the country.

1995 – The YWCA Week without Violence was created to united people against violence in communities. The annual observance is held the third week of October.

2004 – Igniting the collective power of the YWCA to eliminate Racism, the YWCA USA’s Summit on Eliminating Racism, was held in Birmingham, Ala.

2005 – YWCA of Trenton, N.J. and YWCA Princeton. N. J. established the “Stand Against Racism” campaign, which spreads to 39 stated with over a quarter million participants.

2008 – The YWCA celebrated its Sesquicentennial Anniversary, 150 years of service, with the launch of the “Own it” campaign.  The campaign focused on igniting a new generation of 22 million young women aged 18 to 34, inspiring them to get involved with important issues facing women and the country today.

2013 – Today over 2 million people participate in YWCA programs at more than 1,300 sites across the United States.

This is a demo store for testing purposes — no orders shall be fulfilled. Dismiss